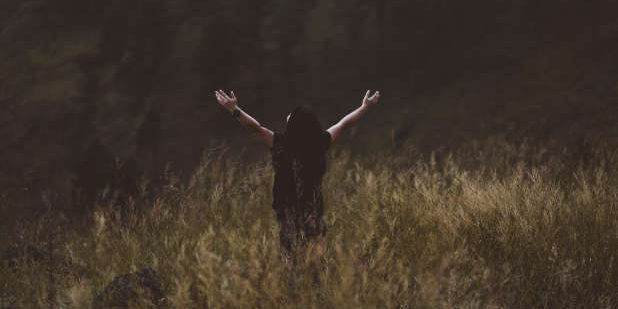 Will the church concede, compete or conquer in the adverse atmosphere of conflict and cancel culture?

We live in a generation that believes our present-day sins are less odious to God than past generations. Somehow, the abortion of millions of unborn babies isn’t as wrong as the slavery and the racism of today and past generations. Both are eternal indictments before the judgment seat of God.

What do you stand for in these tumultuous times? Radical times require radical believers! We cannot waver.

The foundation of God’s Kingdom was born upon the Lamb’s sacrifice and the conqueror of death in the power of the Holy Spirit.

This foundation has three parts that allow us never to concede so we can be more than conquerors through the blood of the Lamb and the word of our testimony:

The Word tells us that the power of agreement explodes in victory out of prayer and praise in the secret place. David knew this profound truth as he wrote in Psalms 91:1 (NKJV), “He who dwells in the secret place of the Most-High shall abide under the shadow of the Almighty. I will say of the Lord, ‘He is my refuge and my fortress; My God, in Him I will trust.'”

Jesus proclaims this truth in Matthew 6:6, “But you, when you pray, go into your room, and when you have shut your door, pray to your Father who is in the secret place; and your Father who sees in secret will reward you openly.”

The secret place births victory. Focus your attention on these words, “your Father who sees in secret will reward you openly.”

Prayer is everything. Prayer is the only thing. Praying with, praying in, praying through the Holy Spirit gives abundant supernatural life. Paul’s instructions are flawless in Ephesians 6:18, “Praying always with all prayer and supplication in the Spirit, being watchful to this end with all perseverance and supplication for all the saints.”

Jude 20-21 says, “But you, beloved, building yourselves up on your most holy faith, praying in the Holy Spirit, keep yourselves in the love of God, looking for the mercy of our Lord Jesus Christ unto eternal life.”

Supernatural language allows us to connect with the Father. Fix your devotion on these words, “your Father who sees in secret will reward you openly.”

Tune into what God is saying and doing in this generation. Luke 21:25-28 shares, “And there will be signs in the sun, in the moon, and in the stars; and on the earth distress of nations, with perplexity, the sea and the waves roaring; men’s hearts failing them from fear and the expectation of those things which are coming on the earth, for the powers of the heavens will be shaken. Then they will see the Son of Man coming in a cloud with power and great glory. Now when these things begin to happen, look up and lift your heads because your redemption draws near.”

Keep your eyes on His signs. Fasten your attentiveness on these words, “your Father who sees in secret will reward you openly.”

Radical times require radical believers! Stay in the secret place; speak directly with the Father, and you will see His signs in this time and place.

You’re beautiful. I see Jesus in You. Have an awesome week!

How Spiritual Staleness Has Invaded American Churches
March 4, 2021
What Keeps You From Stepping Out in Faith?
February 25, 2021

This Will Shatter Your Spirit of Fear, Doubt, and Condemnation in 2021
February 4, 2021