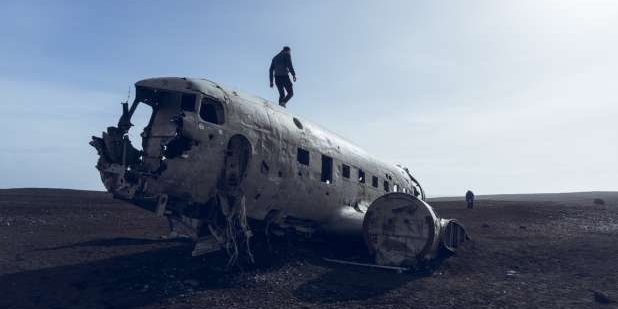 Happy new year! I pray that already this new year has been filled with an awesome awareness of the presence of God and a spiritual awaking to the truth that God is preparing us for mountain-moving faith beyond our abilities to dream or imagine.

As I am writing today, I am on my way to one of the most beautiful cities in the world in the winter—or any time of the year—St. Petersburg, Russia, for a Christmas celebration. There are two things you should know about Christmas in Russia: Christmas Day is celebrated on Jan. 7, and they celebrate Christmas in Russia the entire month of January. When you study the Russian church, it becomes immediately obvious they are a Russian church. They love God, they love His Word, they pray faithfully and intensely for the body of Christ all over the world, but they also deeply love their nation. They pray fervently for their government leaders. They believe in the radical power of the blood of Jesus to break every bondage of sin completely. The Russian people are a very serious people. You rarely hear someone speak badly about their families, their churches or their government. That is considered bad manners. Most of the time, I do not recognize the Russia I see on American TV.

I believing God is calling us in 2019 to a year of radical obedience and abundant, overflowing harvest. There is a momentum of favor rising in the community of Jehovah God around the world. This is a prophetic indicator of His goodness and unmerited favor. In this season, He is preparing His children a short window of opportunity before the coming earth-shattering crisis. I hear the Holy Spirit saying, “We must not squander this opportunity.” God is calling us to invade, influence and impact this generation with the kingdom of God.

Radical obedience is a radical seed that sets in motion the power of radical agreement for a radical, abundant, overflowing harvest of God’s favor. If you want a radical harvest, you must plant a radical seed. Nowhere in the Scriptures is this more evident than in the Gospels. Jesus came to radically transform our culture of sin, and the only seed great enough to reap the harvest of salvation was Himself. Because of Christ’s radical, overflowing sacrifice, we reap the abundance of eternal life and fellowship with God. Only His willing death on the cross could shake the cultural bondage of the religious culture of the day to bring about God’s vision for His kingdom on earth.

Everywhere on this planet there is culture. These different, highly unique cultures bring richness to the fabric of humanity. This diversity of expression is a reflection of the creative heart of God and a reminder of the way in which His love for us meets us—all of us—where we are, as we are. But wherever we live, wherever we travel, we are first and foremost citizens of heaven and sons and daughters of God. The attitudes and practices that demonstrate we are followers of Christ should be greater than the attitudes and practices of the culture with which we find ourselves surrounded. If we are not careful, our participation in the culture of the society around us can cloud our vision of God’s truth. That’s because in a conflict between vision and culture, culture wins every time—unless there is a radical seed, significant enough to overcome the power of culture on the hearts of mankind.

Just as Christ was the seed that broke the power of religious culture in His day and gave us the freedom to overcome the temptation of sin and worldliness, God has called us to radical obedience in order to break the culture of sin and ungodliness, wherever it is found—whether in our neighborhood or on the other side of the Earth. God’s vision is for all the world to “be filled with the knowledge of the glory of the Lord” (Hab. 2:14), and He is asking us to partner with Him to see that vision fulfilled. I believe we will see great multitudes of people from every nation, tribe, people, and language standing before the Lord God in worship and gratitude, as John described in Revelation 7:9:

Then I looked. And there was a great multitude which no one could count, from all nations and tribes and peoples and tongues, standing before the throne and before the Lamb, clothed with white robes, with palm branches in their hands.

I believe that we can see this vision of heaven here on earth today. But it’s going to take radical commitment to doing what God has called us to do in order to see a radical harvest of souls. Are you willing? Are you ready for God to use you to bring about His vision for the kingdom in your neighborhood? In America? In another country? Then let’s go!

Visit mikelfrench.org if you would like to be involved in what God is doing in Russia this January.