How Your Flesh Can Keep You From Your God-Given Destiny 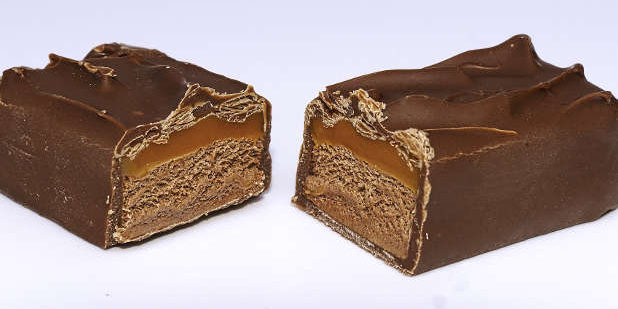 When I am tired and hungry, I want a Snickers candy bar for emotional comfort and a Five-hour energy drink to keep me going.

Snickers is right: “You’re not you when you’re hungry.” They built an entire marketing strategy around that tagline, and it was incredibly successful, in great part because of its relatability. When we fail to fuel our bodies well with good nutrition and adequate rest, our whole person suffers—even our spirit.

Just ask Elijah. Elijah was a national hero who turned into a national coward because he got hungry and tired. Elijah confronted King Ahab, the prophets of Baal, the people of God and idolatry. He made a fool out of the false prophets and their false news, he called fire down from heaven, he killed 450 prophets of Baal, he broke a drought through the power of prayer, and he ran a marathon (see 1 Kings 16).

No one could fault the guy for being a little tired after all that. But exhaustion proved a near-fatal crack in Elijah’s otherwise impenetrable armor.

First Kings 19:1-8 tells us that fresh off the heels of that impressive streak of prophetic exploits, Elijah received news from Jezebel’s messenger that she intended to kill him by the following day. The threat alone nearly did him in.

After fleeing to a nearby town, Elijah abandoned his servant, walked off alone into the wilderness, found a shady spot under a bush, and begged the Lord to let him die (verse 4). Wholly exhausted, he fell asleep. As he slept, an angel visited him, not once but twice, to remind him to eat and draw his attention to food and water, which God supernaturally provided for him.

The combination of rest and sustenance gave him the strength to continue on for 40 days and 40 nights and prepared him for a face-to-face meeting with God Himself. In a cave in Horeb, still hiding from Jezebel’s mercenaries, Elijah encountered the still, small voice of the Spirit of the Lord. In barely a whisper, the Lord gave the prophet life-saving direction and encouragement.

I found myself thinking about Elijah this week as I tried to resist the urge to guzzle down an energy drink in order to write this article after just returning from two weeks of ministry in Russia. In our fast-paced world, we tend to prize waking hours over resting hours. We do all we can to stay awake as long as possible and to get away with sleeping as little as possible. But at what cost?

What if our insistence upon maintaining a fast-paced lifestyle is causing us to act from our flesh instead of our spirit? What if our refusal to rest—to really, truly, fully rest—is keeping us from hearing the still, small voice of the Holy Spirit in our lives? Is getting things done really worth that price? The answer is simple, even if it is hard to concede.

That’s why the people who are going to make it in the Roaring 2020s will be those who get quiet, and listen for the voice of God—the only voice that can raise the dead, cast out demons, heal the sick, and set the captives free. The next 10 years are going to fly by.

Just like that, in one moment, they will be over. Save yourself from becoming worn out, and quiet your body and spirit now to hear God’s voice. It will restore your vision and establish His Word in your heart so that instead of running away from troubles, you run toward them armed with the confident, hopeful might of the Holy Spirit.

Cling to This Familiar Bible Passage During COVID-19 Panic
March 24, 2020

Release Your Holy Spirit Expectations and Watch What Happens
March 3, 2020

What to Do When It Seems Even God Has Abandoned You
February 25, 2020

5 Important Facts About Holy Spirit Every Believer Should Know
February 18, 2020