Will You Vote by the World or the Word? 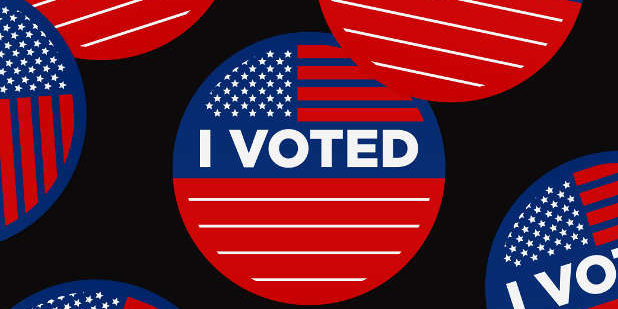 When analyzing your decision in the upcoming election, I challenge you to ask yourself this question: am I being tempted?

Are your ears being drawn towards the enticing statements of politicians?

The United States is in the middle of a presidential election year, and we all feel its weight. Candidates are vying for our attention everywhere we look, and political tension feels like it is at an all-time high.

2020 has been an unprecedented year. A global pandemic, significant civil unrest, political divisions and more have torn through our nation.

No one can avoid the words of fear plastered across our screens by every major media outlet.

In a world where words of chaos are invariably abounding, I believe there are three statements you must pay very close attention to:

If we are honest, these are all statements we, as humans, love to hear. However, I believe that these three statements are the foundation for all temptation.

In Luke Chapter 4, Jesus is tempted.

Satan first tempts His flesh by telling Jesus to command stones to bread. It is as if Satan says, “You’re hungry. You deserve this.”

Then, Satan tempts Jesus by appealing to His eyes, showing Him all the kingdoms of the world, commanding Him to bow as if he was saying, “You’re worth it.”

Thirdly, Satan tempts Jesus by bringing Him to a high place and saying, “if you are the Son of God throw yourself down from here,” telling Him to call angels from heaven, as if to say, “You’ve arrived!You’re on top! You can jump! Command angels to catch you!”

How did Jesus deal with such intense temptation?

With these words: “It is written.”

We, as voters, are tasked with an important decision as a nation. We need a clear perspective. Yet, the news media is caught up in personalities.

You hear the words, “Vote for me! You deserve it! I’ll give you what you deserve!”

You hear, “Vote for me! You’re worth it! I will show you the true value of who you are!”

And perhaps you will hear the most dangerous statement, “You’ve arrived!” which feeds your pride.

I urge you this election season, do not get caught up in personalities.

Instead, ask yourself, what is written?

Personalities are not what America stands on. America is based on a constitution, a bill of rights and laws.

America is based on what is written.

Do you understand now why this is important?

You, as a child of God, must analyze what the Word says. The personalities we see in the news push us to yield to temptation through our flesh, eyes and pride.

It is imperative to understand what is written.

Whichever side of American politics you find yourself on, I implore you to read before you vote. Understand the foundation of both parties’ platforms, our nation’s laws and, most importantly, in God’s Word.

One day, we will all give God an account according to what is written in His word.

Many are calling this the most critical election in American History. You have a voice, and it is your responsibility to use it.
God bless you, and God bless America.

Have a great week.

Why This Is Your Only Hope in the Midst of Turmoil
October 20, 2020

Prophetic Word: Holy Spirit Is Opening the Fountains for a Fresh Start
September 22, 2020

Spirit-Filled Pastor: Are You Too Serious for God?
September 15, 2020