Has America Become a Prodigal Culture? 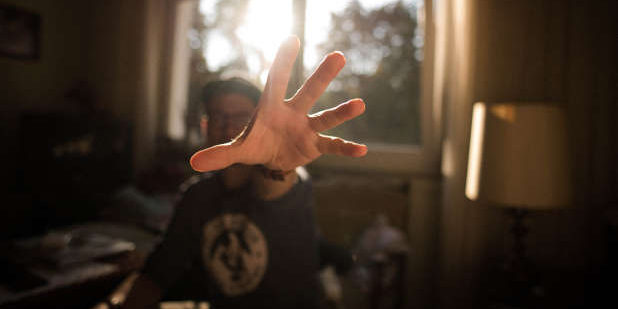 While I watched the three-hour Democratic debate last week, I was struck by how often that phrase came up—”give me”—and I couldn’t help but think of Jesus’ parable of the prodigal son. When He tells that powerful story, it’s obvious the young prodigal’s heart cry to the father was the same: “Give me.”

If you read closer, you can see the older son, the one who remained with the father, had the same sense of entitlement. As I watched that debate and heard the politicians clamor for what they wanted, what they felt they and others were owed, I couldn’t help but wonder, Has America become a prodigal culture? Could the United States of America be compared to the parable Jesus told in Luke 15?

The passage brings the attitudes of the sons toward their Father into clear focus:

And he said, “There was a man who had two sons. And the younger of them said to his father, ‘Father, give me the share of property that is coming to me.’ And he divided his property between them. Not many days later, the younger son gathered all he had and took a journey into a far country, and there he squandered his property in reckless living. And when he had spent everything, a severe famine arose in that country, and he began to be in need …

“And he arose and came to his father. But while he was still a long way off, his father saw him and felt compassion, and ran and embraced him and kissed him … But the father said to his servants, ‘Bring quickly the best robe, and put it on him, and put a ring on his hand, and shoes on his feet. And bring the fattened calf and kill it, and let us eat and celebrate. For this my son was dead, and is alive again; he was lost, and is found.’ …

Are there moments when we want the blessings of the Father but we don’t want the Father? This is what the younger son felt before his “journey of self-discovery,” but it didn’t take him long to understand his error—and the power of repentance. He realized when we want the gifts more than the giver, we will never be successful.

It wasn’t just the younger son who held a mistaken impression of the father’s character and generosity. The older brother revealed his sense of entitlement when he scoffed at the father’s response to his brother’s return. After all, he hadn’t asked for his inheritance, and didn’t that entitle him to an even greater portion? What had the father ever given him for his faithfulness? Why hadn’t he been given what he was owed? Jesus made it clear the older brother’s need for repentance was no less than the younger brother’s.

Whether you are far away from God’s love and your world has become self-centered and destructive, or you attend church every week and appear to live an ordered life, let us not forget to love our heavenly Father more than the good things He can give us. God has direction and a word for each one of us, and He longs for us to experience a revelation about who He is. He longs for us to trust Him and His fatherly heart toward us, even when we aren’t receiving blessings from His hand.

I believe God wants to raise a prophetic voice to speak to a prodigal culture, both outside and inside the church. Luke reminds us in his writings that Jesus came to seek and save those who are lost (Luke 19:10). We must set out on the same mission. May our great nation cultivate a passion and hunger for God, instead of sending up cries for the things He can give us. May we humble ourselves before the Lord, repent and seek His kingdom, His plan and His righteousness.

Holy Spirit Extends Invitation to Believers to ‘Kick It Up a Notch’
January 12, 2021

Leadership That Comes Through the Power of Surrender
December 15, 2020

The True Meaning Behind the Popular Cry of This Christmas Season!
December 1, 2020