How America Has Twisted Jesus’ Definition of ‘Servant’ 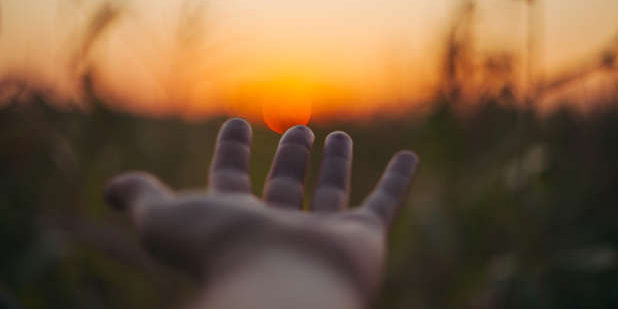 With the airing of the impeachment hearings this past week, my eyes and ears have been riveted to the TV as many of our nation’s so-called leaders have engaged in a spectacle that had little to do with real leadership and more to do with public displays of power.

I’ll leave it to others to sort out what among the proceedings is conclusive fact and what is fiction, but of one thing I am absolutely sure: Too many leaders in the political arena have lost sight of the fact that their job is, in its most basic description, to serve and represent the citizens of America.

They have become consumed by authority and position, and it has cost them any hope for real power and effectiveness. If we are not careful, we in the church—those of us who are called to lead and shepherd God’s flock—may find ourselves no less guilty of trading impact for notoriety.

In chapter 17 of the Gospel of Luke, we read that the disciples asked Jesus a question that bears relevance to this issue even today: “How do we increase our faith?” (v. 5, author’s paraphrase). Jesus understood that what they really wanted to know was how He performed the incredible miracles they witnessed and what it would take for them to do the same. His answer likely surprised them:

“The Lord said, ‘If you had faith as a grain of mustard seed, you could say to this mulberry tree, “Be uprooted and be planted in the sea,” and it would obey you. Which of you, having a servant plowing or herding sheep, will say to him when he has come in from the field, “Come now and sit down for dinner”? Will he not rather say to him, “Prepare my supper, and dress yourself and serve me until I eat and drink. And afterward you will eat and drink”? Does he thank the servant because he did what was commanded? I think not. So you also, when you have done everything commanded you, say, “We are unprofitable servants. We have done our duty”‘”(Luke 17:6-10).

We all want to have the sort of power through faith that could uproot a tree, but how many of us are willing first to be an unworthy servant doing their duty (v. 10)? If we truly desire mountain-moving, tree-uprooting faith, humbling ourselves in the likeness of Jesus is a requirement, not an option.

In our society, we have twisted the term “servant” to mean a lowly, indigent position, but Jesus said in Luke 9:48, “He who is least among you all will be great.” In the dictionary, similar words that appear under “servant” are: “helper,” “supporter” and “follower.”

Are we not called to help those who are lost? Did God not instruct us to support our fellow believers? Are we not all followers of Christ? Everything in the kingdom of God is built around servants.

Mark 10:45 says, “For even the Son of Man came not to be served, but to serve, and to give His life as a ransom for many.” Jesus knew and walked out the reality of being a servant, and we can clearly see the fruit of that knowledge from the miracles God worked through Him:

—Raising Lazarus from the dead after he had been in the grave for days.

John 21:25 says, “There are also many other things which Jesus did. Were every one of them to be written, I suppose that not even the world itself could contain the books that would be written.” And we are called to do even “greater works” (John 14:12)!

How will we accomplish greater things than our Lord Jesus if we are focused on magnifying our own name and position? We must remember that it is the Holy Spirit and the Holy Spirit alone who works miracles through us. If we are true servants of the Lord, then we will recognize that and have everything we do be for the glory of God and the edification, healing and restoration of His children, not our personal gain.

Being a worker unto the Lord is an honor and a privilege. When we understand that our foremost duty and obligation is to serve God and serve others here on earth, our faith will increase, miracles will abound and revival will explode across our nation.