The Surprising Keys to Unprecedented Revival 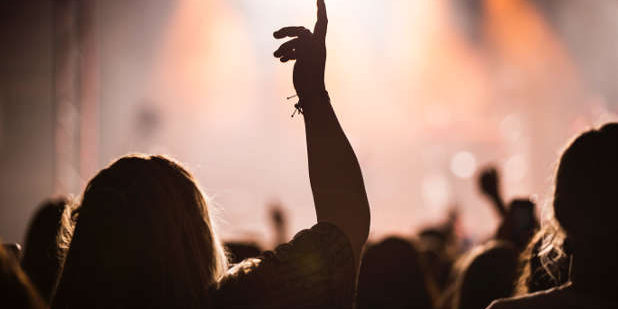 Persecution, pain and sacrifice. The words just sit in your mouth like a stone.

They conjure neither happy thoughts nor hope, though they were the vehicle for our greatest hope, joy and peace. They are also the key to unprecedented revival.

Today in our society, looking out for someone other than yourself is almost taboo, especially if it means sacrificing something that you wanted. That is not the way Christ-followers are meant to live. We are called to put others before ourselves, to sacrifice our desires and to spread the gospel for the sake of others’ eternity. Regardless of what we may lose in the process, the things that will be gained for the sake of the gospel will ultimately be worth it.

Jesus, our Savior, and the apostle Paul, one of the fathers of our faith, willingly endured persecution, pain and sacrifice for the sake of God’s will. Can you think of what our world would be—and who you would be—if they hadn’t?

Jesus is the greatest illustration of dying to self for God’s ultimate plan and purpose. He was not just our example up until the cross, but also on the cross. In Luke 22:42-44 we see our Savior in agony, sweating drops of blood as He prayed to the Father about what He was about to go through for mankind. Although it was by no means easy for Jesus, He still chose the Father’s will because He knew His sacrifice was worth it for our redemption. Because of His suffering and death, we now live.

The apostle Paul is another powerful example of dying to self and persevering for Christ. After his radical salvation on the road to Damascus, he began to share the gospel everywhere he went, despite incredible challenges. In 2 Corinthians 11:23-25 (NLT), he gives us a glimpse into the kind of trials he endured:

I have worked harder, been put in prison more often, been whipped times without number, and faced death again and again. Five different times the Jewish leaders gave me thirty-nine lashes. Three times I was beaten with rods. Once I was stoned. Three times I was shipwrecked. Once I spent a whole night and a day adrift at sea.

In one instance, Paul received a prophecy that if he went to Jerusalem, the city to which he was traveling, he would be bound and turned over to the Gentiles. His response defies logic: “I am ready not only to be bound, but also to die in Jerusalem for the name of the Lord Jesus” (Acts 21:13). The Scriptures say “he would not be dissuaded” (verse 14).

Eventually he was martyred for his faith, but his impact could not be stopped. His perseverance brought the love of Christ to thousands of people in his time. Still today, his voice and actions echo through the ages in the Scriptures.

I believe once Paul entered into God’s presence, he knew everything that he had been through was worth it. Can you also imagine what his reward was in heaven?

When you put God’s plan and desires above your own, you will not become a passive yes-person; you will become a beacon of light for the gospel that shines brightly everywhere you go.

If you will choose to die to self and follow God’s will even when it is uncomfortable, when you get nothing in return or when it seems to be impossible, I believe the world around you will see the reality of the Holy Spirit in you and give their lives to the Almighty living God.

You’re beautiful. I see Jesus in you. Have a great week!

Cling to This Familiar Bible Passage During COVID-19 Panic
March 24, 2020

Release Your Holy Spirit Expectations and Watch What Happens
March 3, 2020

What to Do When It Seems Even God Has Abandoned You
February 25, 2020

5 Important Facts About Holy Spirit Every Believer Should Know
February 18, 2020

The Key to Awakening Revival and Transformation
February 11, 2020