How One Man’s Simple Decision to Share His Faith Brought Over 7,000 to Jesus 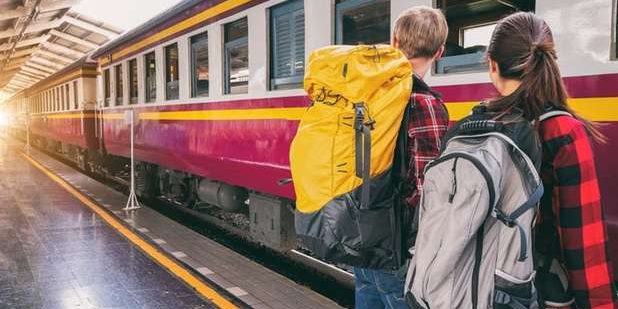 It has been said that God loves stories, and that is the reason He created humanity. Our lives—individually and together —weave stories that tell of His sovereignty and goodness, His love and His great, graceful purpose for each and every one of us.

While I was en route to Ukraine to speak, the team learned that the municipal authorities had rejected our coming. From the government, to a majority of the schools, to all of the television channels, no one was willing to talk to us. It was a death sentence for our plans there. Thankfully, their decision couldn’t derail the purposes of God.

The morning after we got the bad news, I was spending time in prayer when one of the interpreters came and said, “It’s a miracle! The No. 1 school in the city has decided to allow the Americans to come and share the Book of Hope, as well as their testimonies.” When we arrived at the school, to my surprise, not only was the principal there but also the television networks. They welcomed us as highly honored guests.

When I finished sharing about Jesus Christ in the school assembly that day, the principal stood up and asked if everyone there could become a Christian. Overwhelmed both with joy and shock, I responded that that had to be a personal decision. He turned to the student body and asked how many of them wanted to become a Christian. Every hand went up. From that moment, the entire city opened up to us. The television stations covered our crusades, and the building was filled every night. God had turned what looked like a disaster into a miraculous opportunity that made it possible to reach thousands of men, women, and children.

He is still the God who leaves the 99 to find the one lost sheep. After I spoke to the student body, the principal of the school invited me back to his office. He said, “I know that the mayor of our city rejected you and your team. I want to share with you the reason I did not reject you. One day I was riding on a train in Siberia, and sitting next to me was a missionary from Africa. We talked about God for four hours, and still I told him that I did not believe in God. I remember, though, that when he got off the train, something inside of me said, ‘There is a God.’ I prayed out loud, ‘If there is a God, bring someone to my school to tell all of my students about Him.'”

There were 7,654 people in that community who responded to Jesus Christ in the five days that we were there. It all happened because of one man—one man who decided to share His faith with someone on a train who he thought rejected Christ. He may have felt defeated in the moment, but what he did not realize was that he planted a seed that would open up the hearts of an entire city to the love and forgiveness of our Savior.

You may not see the impact you are making in others’ lives, but that doesn’t mean that God isn’t able to use you for His plans and purposes. Pursue His will and ways, trust Him, and He will order your steps and multiply your impact for His kingdom.