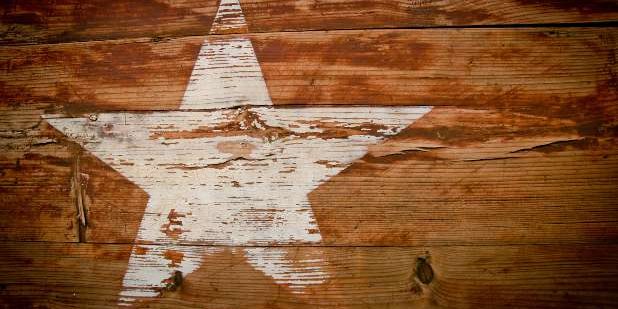 Everything from his snap-down shirt to his weathered boots shouted “hard-working Texan cowboy.” His hat in hand, he slowly walked up to me. He spoke with a gravelly but soft voice, “Pastor French, may I talk with you a moment?”

“God spoke to me about giving you something.”

He then handed me a gold nugget ring molded into the shape of the state of Texas with 14 gleaming diamonds on top. I looked at the ring, a little shocked and overwhelmed. It was such a gracious and generous gift, but immediately I thought, “Where would I wear it? I’m from Oklahoma, and I don’t wear things like this.”

I looked up from the ring to the tan, slender face of a cowboy whose wrinkles revealed all of his hard days working under the boiling Texas sun. With hesitation, I said, “Sir, I am sincerely thankful for this extravagant gift, but to be honest with you, I will never wear it. May I give it back to you so you can give it to someone else who would wear it with great joy?”

To my immense relief, he wasn’t offended at all. With a grin, he responded, “Preacher, God told me to give you that ring. It’s yours now. Figure out what He wants you to do with it.”

I laughed at his words but knew this man wanted to obey God. Not wanting the remarkable ring to go to waste, I asked him if it would be all right if I sold it and gave the money to Russia. He agreed. Neither the cowboy nor I had any idea the opportunities and blessings the Holy Spirit would bring into my life and the lives of many others because of what I like to call “the ring of Texas.”

A few days later, I sent the ring to Pastor John Wilkerson in Fort Worth, Texas, asking if anyone in his church would be interested in buying it and for how much. I also mentioned that I was in need of $2,000 to help put a roof on a church in Russia. The next week I got a call saying one of the men in his church gave him a check for $2,000 for the roof but didn’t take the ring. The man instructed Pastor Wilkerson to send the ring back to me so I could try selling it again.

The next time I saw John, he gave me the ring and took me to eat at the home of Paul and Sonia Dilena. When it came up during dinner, Paul asked, “How much do you want for the ring of Texas?” I said, “Well, I need $1,200 for my next trip to Russia.” That night, he bought the ring.

A few months passed, and I got a call from Tim Dilena, Paul’s son. He told me that his mother had recently inquired about the ring to his father. She wanted to know if he had ever given it back to me. He hadn’t given it back, so Sonia told him, “Give it back to Mikel. That ring doesn’t belong to you.” Once again, God provided the money I needed, and I still had the ring.

Some time later, I shared everything that had happened with the ring of Texas with Pastor Cal Ratz. After hearing the miraculous story, he asked me to show the ring to his friend Robin Dubuc. We met for lunch and intrigued, Robin asked how much I wanted for the ring. I said, “Kevin Shorey is going to Poland to sing in different schools for the Book of Hope outreach; he needs $2,000.” Robin generously replied, “I will give you $2,500 so that Kevin also has some spending money.”

Then Pastor Ratz said, “Robin, I believe God may want you and your family to go with Mikel and Kevin to Poland.” Robin already had tickets bought for a trip to Palm Springs that week, but he agreed to pray and ask his wife, Julia, what she thought. That night I received a check for $2,500 for Kevin, the Texas ring back and a commitment for the Dubuc Family to go with us to Poland.

The opportunity to go to Poland was a major open door, but obstacles quickly came; we had no money to print the Book of Hope. We knew God sent us for this outreach, so we started to pass out books that had not yet been paid for, knowing God would provide. At the end of the first day Robin and Julia asked if they could help with the paying of the books. I said, “Of course, what would you like to do?” They replied, “How about $21,000? Would that help?” I couldn’t believe it! That was the exact cost of printing the books! Never underestimate God’s ability to execute His will no matter the circumstances.

This miracle started out of one person’s obedience to the voice of God. It is so important that we always follow through with what the Holy Spirit tells us. That Southern cowboy could have just taken the ring back when I said I wouldn’t wear it, but he didn’t, because that wasn’t what God had told him to do.

What do you have in your hand, or perhaps on your hand, that God wants you to use for a miracle?