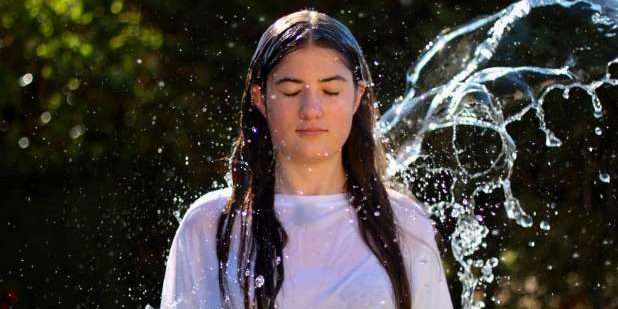 I am consumed by the desire to see a supernatural outpouring of the presence of God in America. I want to see people across our great nation experience the power and presence of a personal revival that shakes the gates of hell. I want to see millions of people be saved and set free, washed clean by the blood of Jesus, and filled with power of the Holy Spirit. And I believe that in order to see this happen, our country must have strong leaders being led and leading by the presence of God.

The people of Israel are the perfect example of the impact of the presence of God. The Israelites grew from a mostly unorganized group fleeing slavery and religious persecution to an organized nation with a king, a land, and land divisions. Their miraculous exodus, survival in the wilderness, and then rise as a nation can only be attributed to the presence and power of God among them.

We see all throughout the Old Testament how the presence of God helped the nation of Israel and its leaders prosper. Though characteristically a false prophet and deceiver, Balaam is on record as making an observation about Israel that was definitively Holy Spirit–inspired and is, in my opinion, one of the greatest declarations of the Old Testament:

“He has not beheld iniquity in Jacob, nor has He seen perverseness in Israel. The Lord his God is with him, and the shout of a king is among them” (Num. 23:21).

Notice the two prophetic declarations from Balaam here about the people of God:

What established Israel as a mighty nation and army? Their legalism? No! Their numbers? No! Their genius? No! The leadership of Moses and Joshua? Absolutely not!

Instead, the presence and the power of God unlocked freedom and deliverance for the people of God. The list is staggering of that which God unleashed to bring them to a place of safety, provision and prosperity, and the miracles are overwhelming:

The presence of God characterized the leadership, might, power, and genius in the nation of Israel in the Old Testament. It did the same among New Testament believers. It is the same thing that has made the church what it is today.

The question is simple: Does God attend your church? Is the presence of God there?

There is a story about one young girl who had never attended church. One Sunday morning she walked into church and asked, “Does God attend church here?” When asked why, she answered, “The doctor said my mom is going to die unless God intervenes. Is this a church where God attends?”

We must ask ourselves, How does the world see us? Are we different? When people attend church, do they know the presence of God is there?

After all, what purpose do we have as individuals or as a body of believers unless His presence is revealed? His presence delivers us from fatalism, physical harm, lies, dilution, and nervous conditions.

Next week will be Part 2. In the meantime, we would love to know your thoughts about revival. Please send them to contactmikelfrenchministries@gmail.com.

You’re beautiful. I see Jesus in you!